Each locomotive on a railway layout has to be configured correctly to be controled by RailControl.

. Alternatively at the selected locomotive one can use the icon

to get directly to the settings of that locomotive. 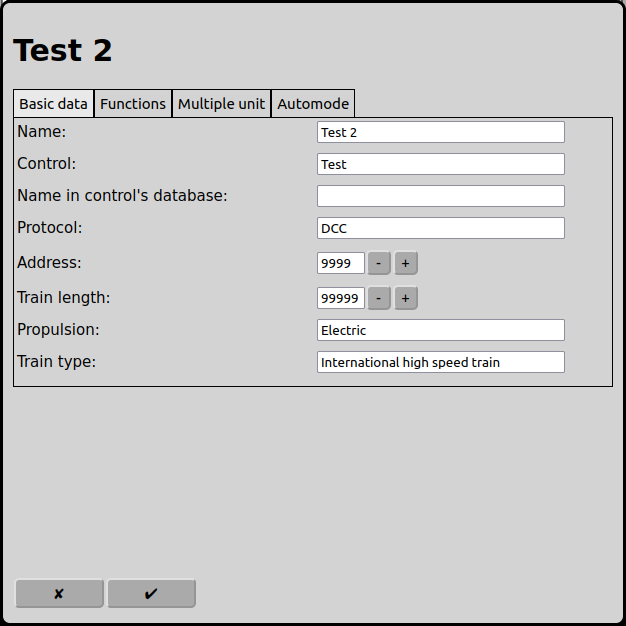 The Name of the locomotive.

If more than one control is configured by RailControl, the control that controls the locomotive has to be selected. Otherwise the selection is not shown at all.

If the control supports more than one digital protocol, the protocol that is used by de locomotive has to be selected.

The digital address that is used by de locomotive has to be entered.

The length of the train in cm. This is used for the automatic operation to decide if a train can enter a route or a destination track.

The propulsion of the train. This is used for the automatic operation to decide if a train can enter a route.

The type of the train. This is used for the automatic operation to decide if a train can enter a route. 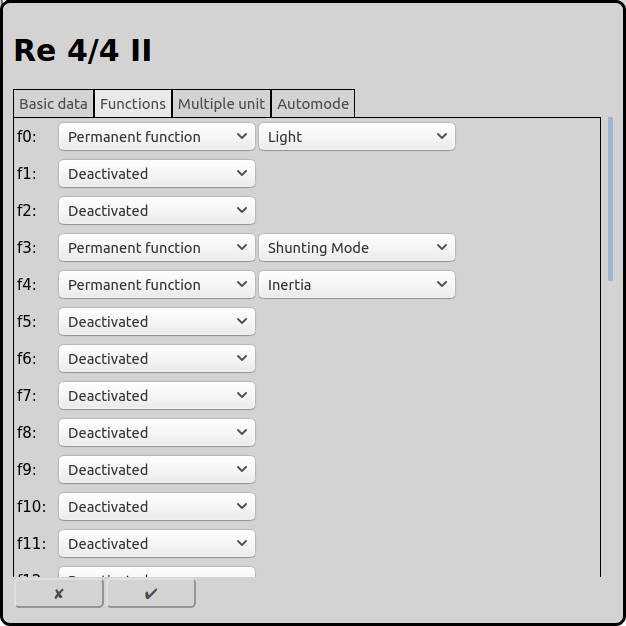 Depending of the decoder there can be assigned up to 32 functions to a locomotive. The counting starts always at zero.

The permanent function can be turned on with one click and can be turned off again with a second click. For lights, running noise, shunting mode and other actions with a long duration this should be selected.

The moment function is activ while pressing the mouse only. This can be used for short actions like horns, uncoupling, voice announcements or a crane controls.

RailControl offers to select one of many symbols on the button. 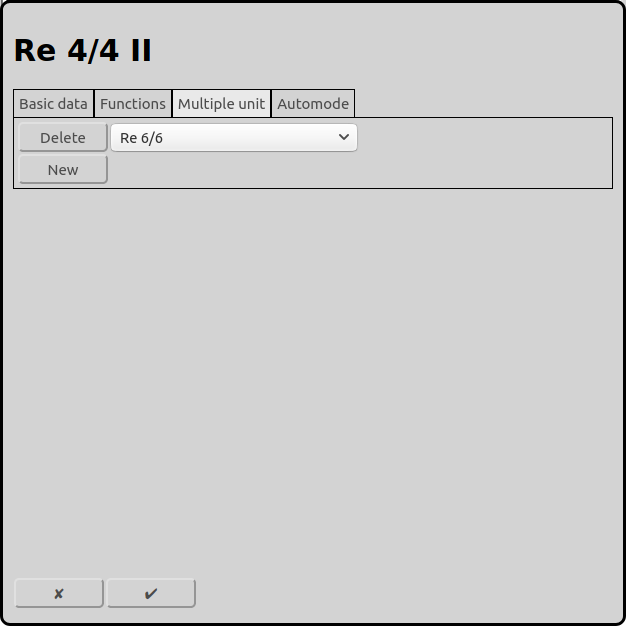 One locomotive can have configured several other slave locomotives, which then have the same behavior like the master locomotive. 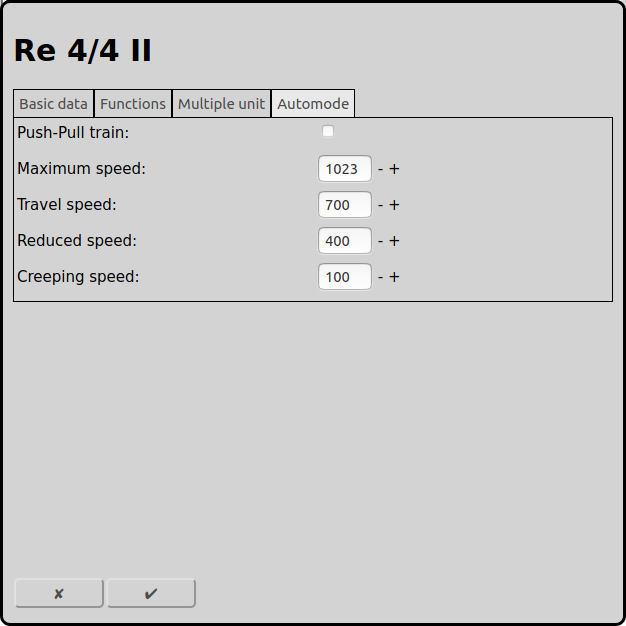 The maximum speed of the train can entered here. This is important for manual operation. The setting here does not have an effect if the speed is set at the control.Betrieb, jedoch nicht wenn die Geschwindigkeit von der Zentrale aus schneller gestellt wird.

This speed is used by RailControl for normal operation in automode.

The reduced speed is used by RailControl in automode if the first feedback of the route is reached.

The creeping speed is used by RailControl in automode if the second feedback of the route is reached.